Brad Bird has an excellent (if limited) track record as a director, bringing the world The Iron Giant, The Incredibles (my favorite Pixar film), Ratatouille and Mission: Impossible – Ghost Protocol. Those movies are plenty enough reason to have been excited about Tomorrowland but, unfortunately, it doesn’t really come close to living up to the standards established by the rest of Bird’s filmography.

In 1964, Frank Walker (Thomas Robinson) visits New York’s World Fair with plans to pitch what he considers a significant invention. After judge David Nix (Hugh Laurie) rejects Frank’s invention, the mysterious Athena (Raffey Cassidy) secretly invites Frank to a strange, new world called “Tomorrowland” where Frank’s ingenuity and optimism can be harnessed for the good of the world. Many years later, Athena identifies Casey Newton (Britt Robertson) as Tomorrowland’s next great talent. But with a dark future on the horizon, Casey needs to join forces with a now embittered and disillusioned Frank (George Clooney) to save the world and Tomorrowland.

Right off the bat, I really hate the title. I’m aware that this is a reference to a themed land at Disney theme parks, but I don’t find a reason tantamount to product placement a particularly good justification. It’s unwieldy and pretty uninspired, especially as the name for an actual place in the movie world. With all the world’s best creative minds, that’s the name they settled on? Not buying it. Fortunately, “Tomorrowland” isn’t actually said out loud very much in the movie, but the few times it is, it sounds absurd.

The issues start immediately as the story takes way too long to actually get started. I do love the idea of keeping your audience in suspense, but the leisurely rate at which information about the story and the stakes were unveiled was counterproductive to the goal of quickly getting the audience engaged and involved. For instance, it feels like the movie’s about half an hour in before we even get a sniff of the bad guys. That strikes me as a problem. Also, the structural choice of how to frame the story is not one I liked as it prolonged the introduction of the meat of the story. As with most things, simplicity is king. The story’s frame was also responsible for some overly cutesy moments that failed to deliver the laughs that were clearly desired. These failed attempts at humor (I didn’t hear many laughs from the rest of the audience either, so I don’t think it was just me being dour) seemed to be an issue throughout the story. The movie seemed to have a tough time finding the right balance between being serious and being fun, often transparently trying too hard to lean towards the latter. Trying to be funny rarely works out like you’d want. 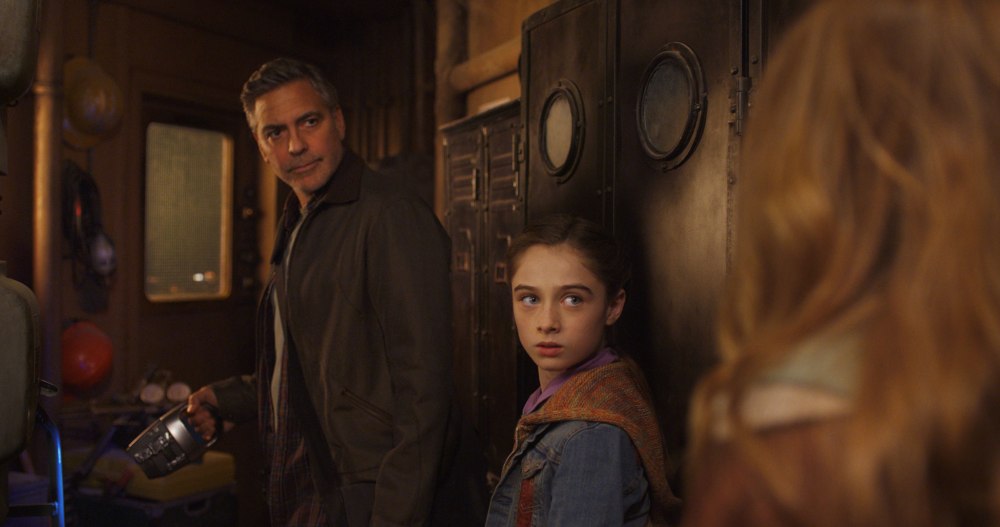 The story also suffered from unnecessary convolution for the sake of spectacle. This became especially problematic as the climax approached and we were bombarded by technobabble that left the implications of some of the most important revelations/decisions far too obscured. Perhaps I’m alone on this, but the “what” and “why” of what we want the characters to accomplish was unclear and took a backseat to impressive visuals.

A running gag in The Incredibles concerns the villain’s tendency to “monologue” about his plan instead of actually carrying it out. The villain in Tomorrowland falls prey to the same issue. His monologue is almost comically preachy. What makes that disappointing is that the villain actually has a justification for his desires and actions that make pretty good sense but this gets buried in how transparently the writers/filmmakers are just lecturing to the audience. Subtlety would have been appreciated here since it was actually a speech that was rather relatable, and while you may have disagreed with the conclusion the villain drew from it, it was pretty easy to understand where he was coming from. But instead of being motivated and instructed by the speech, it just felt like another missed opportunity.

It felt like the actors had trouble at times dealing with occasional instances of weak dialogue and some cheesy situations. There were times when it felt like characters withheld information for personal/emotional reasons, but the deliveries made what should have been subtle far too obvious, which made the effort feel amateurish (which is strange when we’re talking about George Clooney). 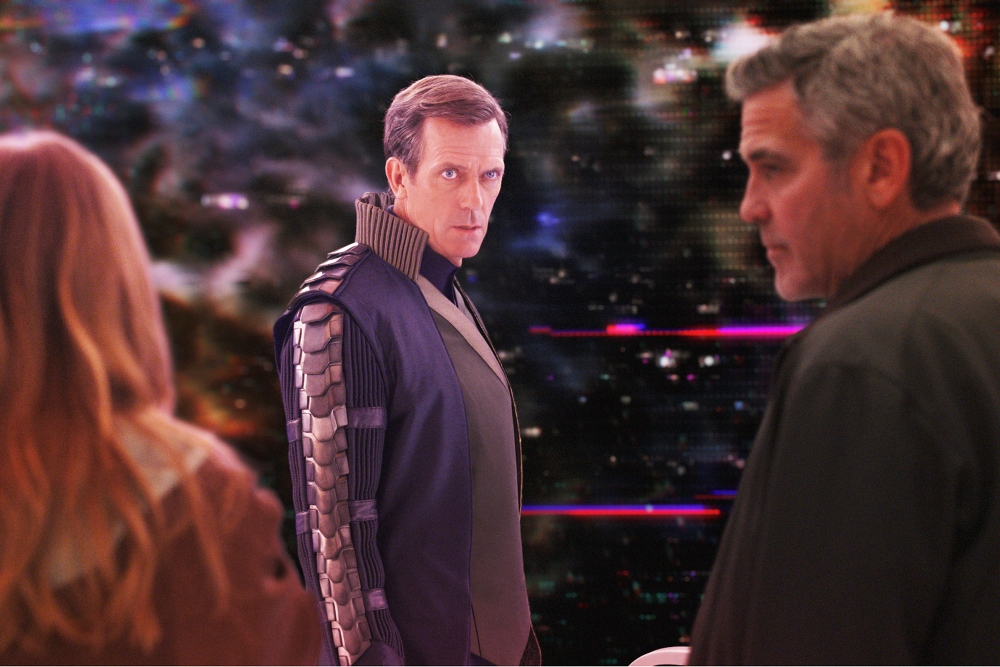 Some clear highlights of the movie stem from its visual and special effects, which were for the most part excellent. This is not something to be understated since the story and the world were pretty dependent on that. The action was at times annoying though because of an overreliance on the “shaky cam” technique.

It’s always good to see strong, intelligent female characters in movies and Tomorrowland delivers two of them in Britt Robertson’s Casey and Raffey Cassidy’s Athena. While Robertson struggles at times with her character’s unbridled excitement, she’s mostly solid and someone that people shouldn’t have trouble cheering for. Cassidy shines all the way through as the charming yet lethal Athena, making her probably the most likable character in the movie. There is some strange chemistry between her and Clooney’s Frank, which in context is far less troubling than it seems. Clooney is what you’d expect as Frank, with his gravelly voice suiting the frustrated and resentful character perfectly. Hugh Laurie seems like he’s been taking a break from the acting game post-House, but it’s great to have him back here (along with his recent role in Veep). It is weird seeing him walk without a limp though.

All of this isn’t to say that Tomorrowland is a bad movie. It explores some interesting and thoughtful concepts but it unfortunately gets bogged down in some storytelling issues and other problems with the writing as a whole. Those flaws hold it back from being quite even the sum of its parts, which ultimately made the experience disappointing. It does benefit from some good performances and excellent effects, but unfortunately those strengths don’t compensate for the film’s considerable weaknesses, making Tomorrowland Brad Bird’s first miss as a director. All streaks must come to an end.