Disclaimer: I’m not going to pretend that this is a viable philosophy or strategy for everyone. I know for a fact it isn’t and I’m not trying to convince anyone that it is. But I nevertheless do need to say it.

I’m notoriously spoiler-sensitive. I don’t know when that sensitivity first developed, but I know that it’s heightened considerably since I started writing my own stories and scripts a few years ago. An absolutely critical part of storytelling is creating and maintaining suspense from moment to moment. Of course I’m talking about suspense in those huge moments of a horror or thriller movie when our protagonist approaches a dark room where we know something horrible lies in wait. But I’m also talking about those simple moments when a character’s faced with a choice and makes a decision… moments that are happening in literally every scene of every movie. Those moments are responsible for the million little thrills that make watching movies the entertaining and enjoyable experiences they can be.

As a storyteller, I started quickly learning that there was a tangible reward in seeing/hearing a reader’s first, visceral response to a story and its moments of both small and large significance. It reminded and reinforced to me that that raw response is one that most of us loving experiencing firsthand. 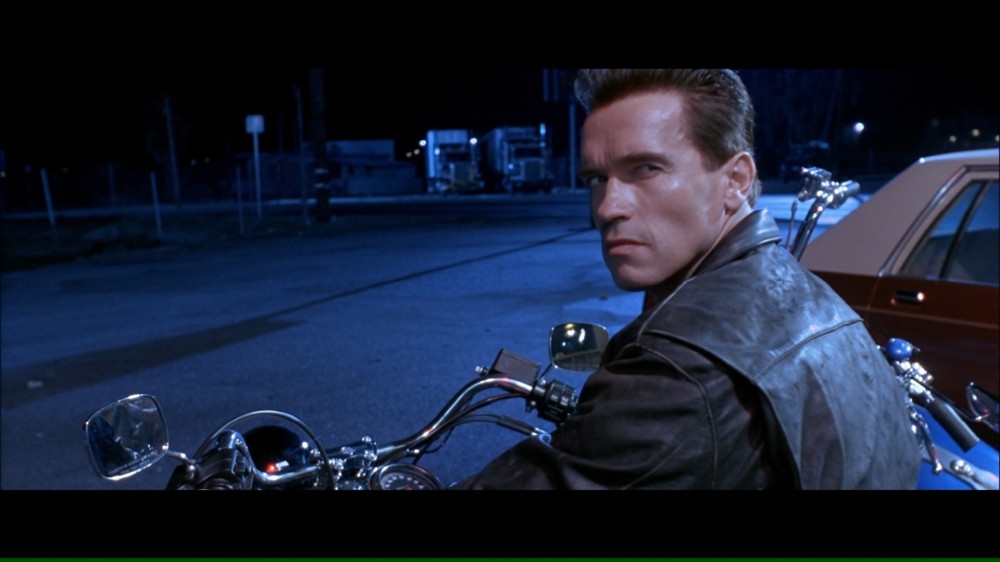 The Terminator franchise provided one of the first great, shocking reveals in my young movie-watching life. I had somehow managed to miss all conversation/images/TV showings in the years between its release and my initial viewing. I watched The Terminator with only a slight impression of what the movie was and who the characters were (meaning I knew Arnold was the Terminator, whatever that was) and had a great time. But Terminator 2: Judgment Day built something truly special upon the foundations of its predecessor: it left me completely stunned in the wake of one of the movie’s key reveals (the friend who introduced me to the franchise couldn’t believe I didn’t know that reveal was coming). That feeling of having my expectations so thoroughly and successfully thwarted by the filmmakers is one that has stuck with me to today (around fifteen years later). That reveal to me was in many way analogous to the viewing public’s when The Empire Strikes Back was released.

I don’t watch trailers. I haven’t seen one in advance of a movie in probably over four years now (the first teaser for Man of Steel was the last one I saw). I make my movie-watching choices based on some combination of actors/directors/single line synopses/critical reviews. When I go to the theaters, I wait outside until I hear the trailers are over and then head in to take my seat. If it’s a movie that I know is going to be packed, I’ll head in with a pair of noise-cancelling/isolating earphones and just listen to music while the trailers play, occasionally checking to make sure I haven’t missed the start of the movie. This system has worked wonderfully for me. There’s something really beautiful in going to see a movie without having any real sense of what it’s about or who’s in it (at least in supporting roles since the stars are pretty hard to avoid on posters/billboards) or even what genre the movie is. You just go in and let the images and the story wash over you with next to no expectations.

Trailers and movie marketing seem to be a necessary evil. For the average moviegoer who’s not able to do a little digging around the periphery of a movie, that kind of stuff is going to be extremely effective in drawing them in. But I’ve lost track of how many times I’ve heard people say that the trailers misled them about what the movie was about/how cool it would be and how incredibly disappointing the experience ended up being because the movie failed to deliver on the awesome potential that the trailer implied or because “all of the funny parts” were already in the trailer. But even beyond that, I think simply knowing that “this character is at some point going to be in this location doing that specific thing” is destructive to storytelling. And that’s what you inevitably see in every trailer. Teasers do tend to be less offensive because all they do is suggest an atmosphere and a couple lines about the movie and don’t set up expectations nearly as highly (I think the one below is an excellent example).

Finding someone who likes having movies and shows spoiled for them is difficult (there are certainly varying degrees of frustration [or rage, as it were] in response though). If you do have a problem with spoilers in some fashion, it might be worth considering how much entertainment marketing spoils the stories you are anticipating/planning on experiencing in more subversive ways than knowing who lived/died on Game of Thrones this week (not that I’m equating the significance). Do yourself a favor and try to ignore that stuff. Go into a movie essentially blind. See how you like it. See how it feels to just have no idea what you’re in for. It’s a wild ride.

This article felt Incomplete without offering a few strategies on how to approach selecting a movie (alluded to earlier) without having trailers in your life… so here they are:

I feel like most people don’t have the time to see movies in theaters (or at home) that frequently, and I think it’s worth spending a couple minutes (roughly the length of a trailer) to do a little research that will be way, way more likely to give you a truer sense of whether you’ll like a movie than materials like trailers which are as likely to lie to you as much as any other form of advertising.