Unlike most critics out there who decry but still participate in arbitrary list making, I unapologetically love making top ten lists. The films on my list are chosen not merely for personal reasons. I selected films that I think are a contribution to cinema and have some societal relevance. These films push the boundaries of motion pictures.

However, my list is not as all-inclusive as I would like it to be. Toshiro Jojune and I are not professional critics so we do not get to watch nearly as many movies as the pros do. I wish I could have watched more foreign films like the Palme d’Or winner Winter Sleep, Leviathan, Two Days, One Night, and Goodbye to Language. I wish I could have watched more documentaries. Citizenfour and Frederick Wiseman’s National Gallery come to mind. I also missed out on recently released films including A Most Violent Year and Big Eyes. Nevertheless, I’ve seen enough great films this year to make a comprehensive list. So without further ado…

What better way to start a top ten list than with Paul Thomas Anderson’s psychedelic film, Inherent Vice. I am unashamed to admit that I was unable to fully comprehend the plot or even the dialogue, but I also think that is Anderson’s intent. Inherent Vice is a visual experience and narrative experiment that lifts you out of ordinary consciousness. It is indeed quite a trip. While Anderson reverts back to comedy with this slapstick fest, Inherent Vice is very much like There Will Be Blood and The Master, where you need more than one viewing to fully digest the complexity of the film. Anderson has become the premier American filmmaker. His films are an embodiment of Americana as he dissects the wonders and flaws of American society. You dig? 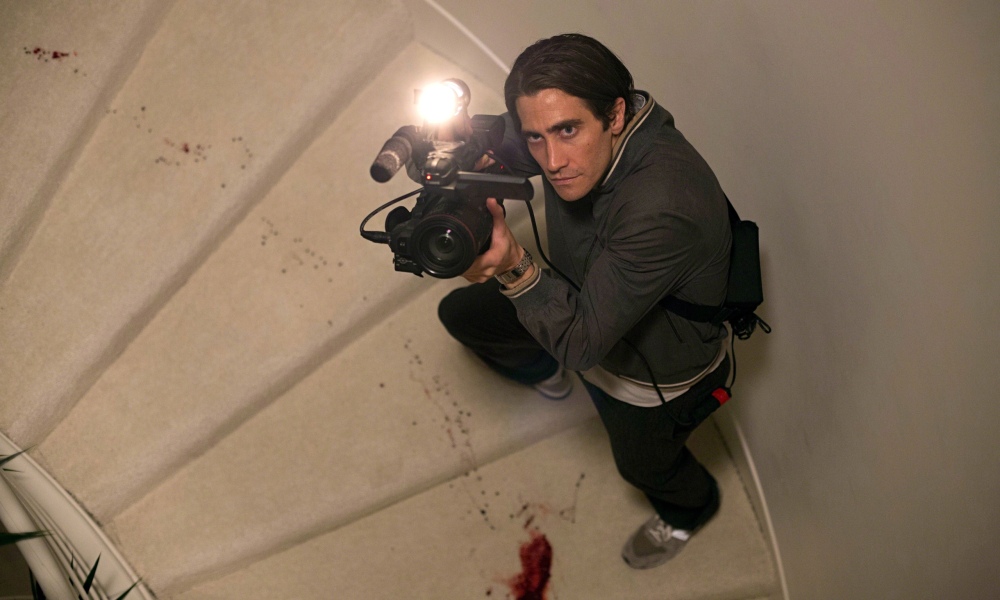 Not since Alfred Hitchcock’s Rear Window and Michael Powell’s Peeping Tom has there been a film that is so incredibly self-reflexive about voyeurism and the film experience. Dan Gilroy’s Nightcrawler is a terrific spine-tingling film that blurs the boundaries between the viewer and the subject. Jake Gyllenhaal, in one of his best performances, plays Louis Bloom, a man whose entrepreneurial spirit leads him to become a hot-shot nightcrawler. Armed with a camera, Louis is the epitome of the observational documentarian, whose fly-in-the-wall mode of reporting handcuffs him from interfering. Louis becomes so consumed by capitalistic tendencies that he ultimately sacrifices whatever moral and ethical integrity he has left for fame and stardom. It has been a while since we had such an amazingly disturbing character like Louis Bloom.

Considering our racial climate today, Selma is a significantly poignant film that paradoxically highlights how far we have come with black rights and how much more there is to go. Like Lincoln, Selma focuses synecdochically on a specific event of an iconic historical figure. The film captures your attention with Martin Luther King’s political maneuvering inside and outside of his circle. Credit must be given to David Oyelowo. He delivers one of the best male performances of the year as Dr. King. The ability to capture King’s rhetoric and verbal command is nothing short of astonishing. The film’s success hinges on Oyelowo’s performance, and he delivers an empowering one.

Although Interstellar was the talk of the town, and often compared to 2001: A Space Odyssey, it is Jonathan Glazer’s Under the Skin that is closer to Kubrick’s masterpiece than Nolan’s misfire. While the film is not strictly science-fiction, there is a grand mystery about it that makes the film feel otherworldly. Scarlett Johansson plays an alien whose mission is to lure and seduce men into a black liquid void. As she continues living under the guise of a human being, she begins a self-discovery. There is no denying the film is thin in narrative and plot. However, the film is about experiencing the tone, mood, and atmosphere. Under the Skin is a challenging but haunting film.

You can always count on Mike Leigh to extract the finest performances from his actors. Timothy Spall’s portrayal of J.M.W. Turner is simply brilliant, to say the least. Mr. Turner is also Leigh’s most beautiful film to date. It has to be since it is about one of the greatest English Romanticist landscape painters, who was considered the “painter of light.” Leigh is known for setting his films in the present day centered on removed, shy, and alienated types. Here, Mr. Turner is a piggish, idiosyncratic fellow whose oddity is forgiven due to his genius. Despite being set in the 19th century, Mr. Turner is also very identifiable today. Mr. Turner, who prospered from the Royal Academy of Arts, ultimately faces irrelevance as he grows bolder in his work. Furthermore, like the sun that rises in his paintings, the industrial revolution and modernization is creeping in the horizon. Through Leigh’s brilliant understated manner, Mr. Turner is an observation on the relationship between people and their environment.

Bong Joon-ho has established himself as one of the premier figures in contemporary Asian cinema. Known for his recontextualization and reimagining of genre movies, Bong’s Snowpiercer is not only an astute allegory, but it is also a fresh take on the dystopian science-fiction narrative. Like The Host, Snowpiercer doesn’t preach to us about our current predicaments but it does foreshadow things to come. The film is intelligent, thought provoking, and one hell of a ride. Produced with a mere $40 million, Snowpiercer puts Hollywood blockbusters to shame. Snowpiercer is one of the most wildly original films of the year.

Without question, Alejandro Gonzalez Iñarritu’s Birdman is the most audacious and aesthetically complex film of the year. While the major focus is on the seemingly single long continuous take, Birdman is also a captivating story about a man trying to find relevancy again in his career and life. The film is certainly a departure for Iñarritu, who is known for his overly serious films. Yet, Birdman is his most mature and best film to date. One can also sense Iñarritu having the time of his life when he was directing this film. Birdman is simultaneously delightful and tragic, and familiar and original.

Richard Linklater, the genius behind the Before trilogy, is not a stranger to experimenting with film temporality. Filmed over the span of 12 years, Boyhood is a deeply personal independent film of epic proportions. We follow Mason from age 5 to 18 as he goes through adolescent angst and familial troubles, including his mom’s numerous divorces, peer pressure, breakups, sex, drugs, alcohol, career goals, and dreams. The film doesn’t follow a typical structure. Yet, Boyhood is still an enthralling experience that is more documentarian than narrative fiction. Linklater proves once again that you can capture the hearts and minds of the audience with philosophical honesty and real life experiences. Boyhood is understatedly bold.

Ida is the film I knew least about prior to watching it and it blew me away afterwards. With a running time of less than 90 minutes and shot in black-and-white in a 4:3 ratio, Ida proves that even a small film like this can pack a lot of weight and speak with tremendous volume. Set in Communist Poland in the 1960s, Ida and Wanda set out on a journey to learn about the death and betrayal of a family member. What they learn will ultimately change their course of action in the future. Ida is an integration of numerous genres. It is a coming-of-age story, road movie, and a detective film. Yet, Pawel Pawlikowski keeps the film focused and grounded on these two women, specifically Ida. There is something liberating as we follow Ida’s journey to womanhood. Ida is a poignant masterpiece. 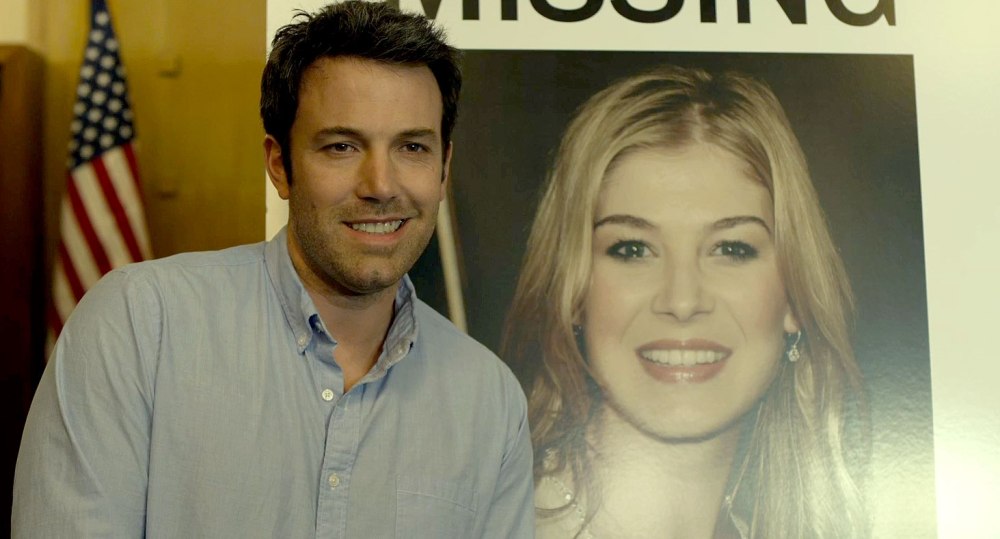 My pick for the best film of the year is David Fincher’s Gone Girl. Fincher has become one of my favorite directors of all time. Although he directed Seven and Fight Club, it wasn’t until Zodiac and The Social Network when we seriously considered Fincher to be among the greats. Along with Quentin Tarantino, he is one of the few auteurs that work and excel in the Hollywood system. To do what he does in Hollywood is not something to be taken lightly.

Based on the bestseller by Gillian Flynn, Gone Girl is not simply a film that questions the institution of marriage, but also highlights the superficiality that we impose on ourselves. Nick and Amy Dunne are a seemingly happy couple until she disappears on their 5th year anniversary. Nick is suspect number one. Nick and Amy have cornered themselves into an idealization of each other, and when we begin to peel the onion of this façade, not only is their marriage upended, but the entire country becomes disarranged as the media snowballs the event. Many have faulted Gone Girl for being overblown. I believe it is part of the madness. It is this exaggeration that underlines the absurdity of the American media and white privilege. It also underscores the weight we impose on institutionalized marriage and gender roles. Very few directors take risks in mainstream Hollywood, and David Fincher has never been the kind to shy away from it. Gone Girl is an intelligent thriller that pulsates through your veins.