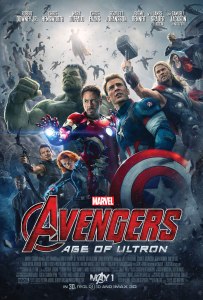 Avengers: Age of Ultron is a much bigger and more convoluted mess than the first Avengers movie. Yet, I still preferred the sequel because it wasn’t saccharine and safe like the first movie. Avengers lacked flair and, quite honestly, it just wasn’t very cinematic. Joss Whedon’s style, which developed in television, didn’t seem right for the silver screen with its bland composition and flat visuals. However, what really separates the two is that one of them is a cheesy adventure about a team of misfits uniting together to save the world from the bad guys, or bad aliens or whatever. (Ahem! I am not talking about Guardians of the Galaxy.) And although James Spader’s robot with supreme artificial intelligence is the villain to defeat, he is also a byproduct of mankind’s self-destructive flaws. The real danger is on the inside. The first films of all the superhero movies are introductory in order to delineate the line between good and evil, but the sequels tend to blur the lines as the heroes struggle to negotiate with their ever-changing environment. Like Captain America: The Winter Soldier, Ultron is a calculated move to incorporate more contemporary issues and social problems. The central question of the Marvel universe is, “How can we expect to defeat an omnipotent villain like Thanos if we can’t even solve our own failings?” It is therefore not surprising that Ultron begins where The Winter Soldier left off.

The film begins with the Avengers as they break into Hydra’s base in order to retrieve Loki’s scepter and the Tesseract. An old enemy that is a remnant of the past needs to be destroyed. Nazis and neighboring aliens who carry a grudge over an old family squabble do not belong in this world. So after the Avengers successfully capture the scepter, good ol’ Tony Stark (Robert Downey Jr.) can’t help himself and digs through the mysteries of this stone. After the Scarlet Witch (Elizabeth Olson) toys with Stark’s mind over the fate of his team, Tony builds an entire armor around the world. He understands that in order to defeat the danger outside of our planet, drastic changes need to be made. As Tony later observes, “We’re mad scientists. It’s who we are.” And of course, what comes out of it is a monster. So even though Ultron recycles an unoriginal idea about how man’s desire to create artificial intelligence to protect us from the enemy ends up backfiring because the A.I. deduces the logical idea that we are our own worst enemy and therefore must be annihilated, the film still works because of Marvel’s rich tapestry. I apologize but the plot spoilers end here.

It is not difficult to forgive Ultron for having such a convoluted narrative when it is introducing three new essential characters to the fold. Aside from Ultron, who is deliciously voiced by Spader, we are introduced to the twins, Quicksilver (Aaron Taylor Johnson) and Scarlet Witch. The former has lightning speed and the latter has force field powers and the ability to possess the mind. These are not technically their names because Fox still owns the X-Men franchise but I digress. Furthermore, Vision (Paul Bettany) is introduced and there is a sense that his role will be important in future Marvel films.

Although I have spent a lot of time highlighting how Ultron is a darker and grittier film, it is also surprisingly sentimental as Whedon explores the relationship between Agent Romanoff (Scarlet Johansson) and Bruce Banner (Mark Ruffalo) and their struggle to juggle their personal lives with their superhero ones. The film also gives extra screen time to Hawkeye (Jeremy Renner) as we find out that he has a personal life we do not know about. While it makes good narrative sense to provide more screen time to the lesser popular superheroes, it is also a strategy to write some of them off to make room for the new guys. Ant-Man, Black Panther, Dr. Strange, Captain Marvel, and the recently acquired Spiderman will further expand and complicate the Marvel universe.

Ultron will give you everything you expect from a superhero movie. The action is nothing short of breathtaking. Consider the opening sequence as we catch a glimpse of how effective the Avengers team is when they work together. The fight between the Hulk and the Hulkbuster alone is worth the price of admission. Unfortunately, the final battle lacked fluidity when compared to the first Avengers movie but the editor did his best to keep the continuity alive and cogent as we cut through numerous characters and narrative threads. Furthermore, I also find the grand scheme to be redundant and overly used. The execution is different but the plan is always the same. Dig into the minds of the Avengers and destroy them through the inside, beginning with the Hulk. All you need to do is play a little mind trick. 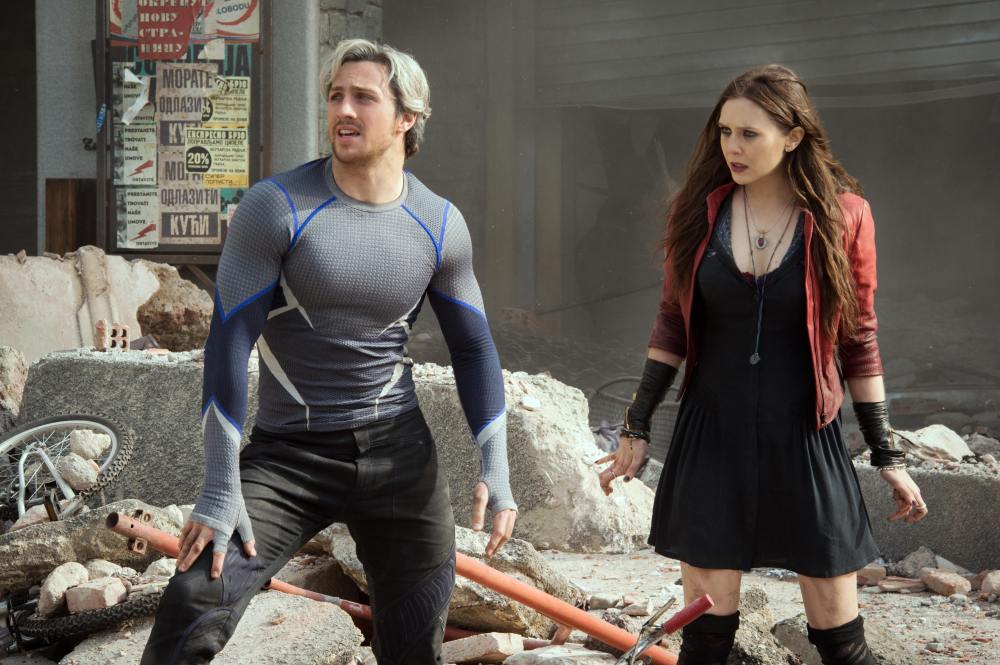 Despite some flaws and miscalculations, Ultron is ultimately an extremely satisfying piece of entertainment. If I had to rank the top five Marvel films, it would probably be Iron Man, Captain America: The Winter Soldier, Guardians of the Galaxy, Thor, and then finally Avengers: Age of Ultron. The film also marks an important turning point in the Marvel universe as more contemporary and controversial issues get explored. While a part of me feels that these storylines are getting played out, the chemistry between the actors makes it feel new and fresh. They are indeed a worthy team of superheroes.